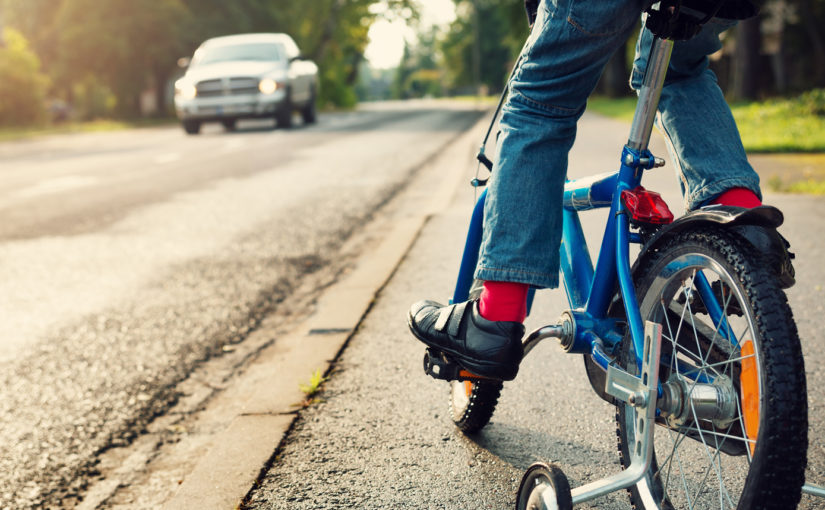 Reducing the average speed on a country’s road network has a huge impact on improving road safety. A 2017 report titled Managing Speed by the World Health Organisation states that “a 5% cut in average speed can result in a reduction of 30% in the number of fatal road traffic crashes”. This blog about speed management elaborates on the impact of speed on road safety, crashes, casualties and injuries.

Cars are getting safer every year. Why do so many road safety experts keep on stressing the importance of speed limits and even advocate speed reduction. Going 5 or 10 km/h faster couldn’t hurt anyone? Wrong. You may recall from your high school years that the kinetic energy of an object is equal to
Ek = ½mv²

This means that the speed, expressed as v in the above equation is squared and thus has a disproportionately high effect on the energy of a vehicle and thus energy to be absorbed while braking  or worse released at the time of a crash.

The equation also explains why the recommended speed in all residential areas should be 30 km/h instead of 50 km/h. Results from a report by the City of Helsinki states that “a speed of 50 km/hr increases the risk of a pedestrian death almost eight-fold compared to 30 km/hr.” The graph below shows the collision speed and probability of death.

The share of speed offenders varies greatly. This is shown by speed measurements on rural roads e.g. in the Netherlands. Research showed that an average of around 30% of the vehicles exceeded the limit, but percentages of around 80% are no exception. Also on roads in built-up areas percentages of offenders above 80% were no exception. The proportion of offenders on a road is strongly related with the credibility of the limit, the traffic volume and the enforcement level. Speeding is not just about exceeding the speed limit. What is also relevant are inappropriate speeds, i.e. a speed that is higher than is safe at that moment, regarding the local conditions e.g. weather, traffic type and volumes, road surface, etc.

Speed is an aggravating factor

The WHO reports that speed contributes to about a third of fatalities on the roads in high-income countries. In low- and middle-income countries it is close to half. The differences are subtle. Moreover, speed is an aggravating factor in the severity all traffic crashes. The impact if this is particularly critical for vulnerable road users such a pedestrians, cyclists and motorised two-wheelers. Even a 1 km/h increase in mean vehicle speeds on a road network will result in a 4-5% increase in fatal crashes.

In 2012 the Netherlands the maximum speed on many motorway stretches was increased from 120 km/h to 130 km/h. Prior to the enactment, several organisations predicted  that this would result in an increase the number of casualties and injured on theses highway stretches. Several years later it turned out that they were right. For 2013, 2014 and 2015 the number of traffic fatalities were compared. In all three years 100 km/h motorways were less deadly than 120 km/h and 130km/h in percentage of crashes with fatalities. Except for 2014 when these fatality ratios were comparable, the percentage of fatal crashes was higher on 130 km/h motorways compared to those with 120 km/h speed limits. Still at the same time smartphone use has also increased so it is hard to look at the causes of these crashes.

That the effects of crashes are more severe, result in more serious injuries and a higher casualty rate at higher speeds is beyond doubt. This could be expected for the classical physics formulae Ek = ½mv². It clearly explains why it should be an objective of policy makers to reduce the average speed of vehicles on their road network. Reducing average speed thus reduces the amount of kinetic energy in a transport system which will express itself in fewer accidents with serious injuries and fewer fatalities. This makes speed management a crucial road safety issue.

2 thoughts on “Speed management: Why is speed such crucial road safety issue?”