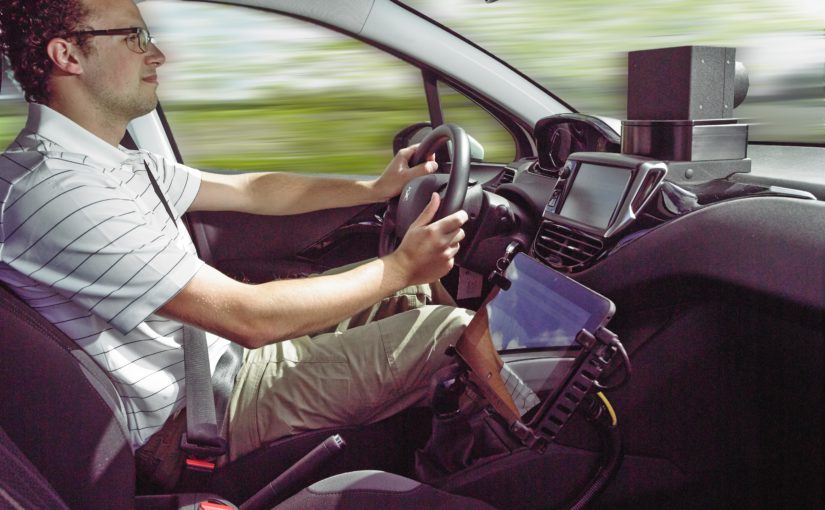 The road safety benefits of enforcement are optimised if the subjective chance of apprehension is maximised*. For speed enforcement this means that drivers and riders are given the impression that they can be checked for speeding any time and at any place of the road network. This feeling will maximise driver compliance with the local speed regime provided the penalties (mostly fines and driving license points) are felt to act as a strong deterrent. Besides the visible and invisible enforcement effort on the road and actual number of violations issued, it is important to recognise that this impression is strongly influenced by continuous publicity in various traditional and social media on enforcement activities and its results, both in violations issued  and road safety improvement realised. Enforcement cannot be successful without effective publicity.

The road safety effect of spot speed enforcement cameras could be limited for several reasons. It often results in a locational and this temporary speed reduction for drivers familiar with the road and thus with the camera locations. Many drivers will slow down before, and will speed up again after passing a speed camera, resulting in the so-called ‘kangaroo effect’. Moreover, these days drivers are warned about the location of speed cameras through navigation systems, smart phones and radio warnings, thus further undermining the road safety effect of these devices. This has resulted in legislation e.g. in France and Switzerland , which prohibits drivers from using devices that ‘assist’ them by giving information on the location of enforcement cameras, with fines of up to €1,500 in France.

Simultaneously addressing the ‘kangaroo effect’ and subjective chance of being caught

Both the kangaroo effect and the issue ‘increasing the subjective chance of apprehension’ can be addressed with mobile enforcement cameras mounted on tripods or operated from parked police vehicles at crash risk locations.  In many countries spot speed cameras  along motorways and secondary roads are being replaced by average speed or section control systems where average vehicle speeds can be measured over longer distances. The road safety benefits of such average speed enforcement systems are very encouraging.  Optimal locational flexibility comes from unmarked in-vehicle systems that can be operated in both driving and parked modes while detecting violations from both approaching and receding traffic.

These systems maximise geographic enforcement coverage, do not generate a kangaroo effect and contribute to maximising the subjective chance of apprehension.  In 2013 the French authorities launched these automated in-vehicle traffic enforcement systems in sync with a massive multi-media publicity campaign and currently operate a fleet of close to 400 unmarked enforcement vehicles.

The combination of advanced applied technology with an effective multi-media publicity campaign instantly had a very positive effect on road safety. Potential speeders do not know where these roughly 400 patrol cars are operating and, if they want to avoid a speeding ticket, are thus very likely to comply to the posted speed limit. These invisible police vehicles, operating as bi-directional mobile speed cameras, are thus a classic example of how to maximise both the subjective chance of apprehension and geographical coverage, while avoiding the kangaroo effect. Since their introduction in France they have contributed to further improving road safety significantly as can be seen from the graph below. 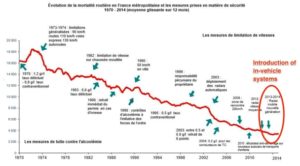 The ‘kangaroo effect’ and not being able to increase ‘the subjective chance of apprehension’ are issues that come up due to the known location of fixed spot speed cameras. These issues can be addressed with average speed enforcement systems, mobile enforcement cameras mounted on tripods or operated from stationary police vehicles and unmarked automated in-vehicle traffic enforcement systems. The unmarked in-vehicle systems, extensively used in France, have proven to be most effective due to their concealed nature, flexible, mobile, bi-directional and ‘while driving’ operation mode, and the fact that they can be used on the highest risk secondary roads at locations all over the country. Through the successful publicity campaign virtually all drivers are aware of these vehicles, therefore further adding to increasing the subjective chance of apprehension, reducing average driving speed across the road network and thus improving road safety.

3 thoughts on “The benefits of automated in-vehicle traffic enforcement”